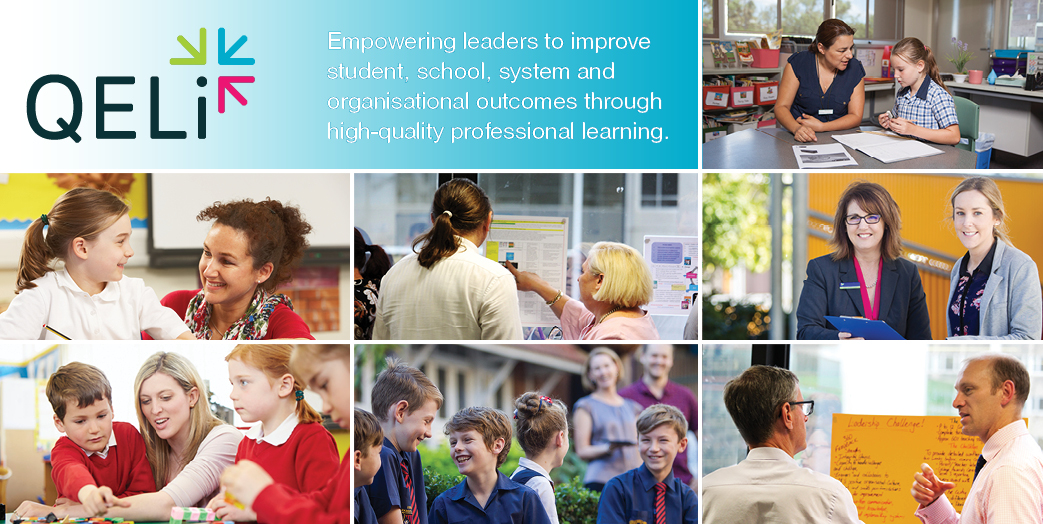 10 Obstacles to Collaboration: the Role of a Teacher Leader

K12TEACHERLEADERSHIP explain that the effectiveness of teacher leaders to lead and to create a culture that is conducive to shared leadership is contingent upon the ability to create a culture of collaboration. Though collaboration is seen as a positive in schools, there are obstacles that prevent collaboration from taking root and growing. Many of the obstacles that exist may very well be a result of the culture itself or the systems implemented in schools. But specifically how can teacher leaders help teachers, school administrators and the school to overcome the obstacles and more forward?

Inside-out and Downside-up: How Leading from the Middle has the Power to Transform Education Systems

A Think/Action Piece by Steve Munby and Michael Fullan, February 2016

In this paper, Munby and Fullan start by commenting briefly on what they see as the inadequacies of the status quo; second, they propose a model of school collaboration which they feel has the potential to mitigate this issue; and third, they return to the bigger picture and in particular the role of the Leader in the Middle – the networked leader. These are leaders who link laterally to create change in the middle as they partner upwards with the state and downwards to all schools and communities. In each section, they have included some questions to the reader as the basis for reflection now and as a stimulus for future debate. This isn’t an academic paper, Mundy and Fullan have drawn on practice and experience, to provide stimulus both for leaders in localities who want to make a bigger difference, and for those whose role it is to support and leverage such leaders for system transformation.

In recent years, research has uncovered valuable, consistent evidence about what makes some schools unusually successful. Although there is no silver bullet, the research points to specific organizational practices, particularly collaboration, as integral to improving student outcomes.

The University of Chicago’s Consortium on Chicago School Research has produced the most compelling research of this type (Bryk, Sebring, Allensworth, Luppescu, & Easton, 2010)2. The consortium gathered demographic and test data and conducted extensive surveys of stakeholders in more than 400 Chicago elementary schools from 1990 to 2005. The most crucial finding from the information gathered was that the most effective schools, based on test score improvement over time after controlling for demographic factors, had developed an unusually high degree of “relational trust” among their administrators, teachers, and parents.

In another research study7 of 336 Miami-Dade Public Schools (USA) between 2010 and 2012, involving over 9000 teachers identified that teacher collaboration, when practised with a focus on instructional strategies, curriculum, and assessment particularly, has benefits for both teachers and students. Results are even more promising when the collaboration is extensive and perceived by teachers as helpful suggesting that collaboration among teachers even influences the results of teachers who do not experience directly the same high-quality collaboration. Researchers concluded, “Student achievement gains are greater in schools with stronger collaborative environments and in classrooms of teachers who are stronger collaborators” (p. 512).

Another investigation, conducted by the National Center for Educational Achievement (2009) 8, sent teams of researchers to 26 public schools in five states that had a high percentage of low-income students, and whose students had made significant gains on math and science exams in a three-year period, to understand these achievements. That study’s findings were remarkably similar to those of the Chicago consortium. Administrators and teachers in the effective schools worked closely together in developing and selecting instructional materials, assessments, and learning strategies. School personnel engaged in regular, extensive communication with parents to coordinate support for students. In many cases, administrators and teachers also worked closely with local community groups and service providers, broadening the network of trained professionals helping children.

In 2003 the Cincinnati school district pioneered the idea of collaboration with local health service, tutoring, after-school activity providers to offer their services on school sites. As a result of this collaboration, Cincinnati’s test scores went from being on a par with those of other struggling school districts early in the last decade to breaking away from the pack. In 2009–10, Cincinnati became the first city to receive effective ratings on the Ohio District Report Card. For the four school years from 2009 to 2013, even as poverty rates increased in the city, Cincinnati remained the state’s highest-ranked urban school district (Cincinnati Public Schools, 2014)9.

Springfield, Massachusetts is another example of the power of collaboration. In 2004 student test scores and graduation rates languished among the worst in the state (Rennie Center for Educational Research and Policy, 2014)10. After a vote of no confidence in the city’s superintendent, school administrators, teachers and other stakeholders began working to reverse the dysfunction. Ten years later, with numerous provisions and mechanisms for collaboration between administrators and teachers, Springfield schools made larger composite performance index gains on the Massachusetts Comprehensive Assessment System tests than both the state as a whole and the average for the 25 largest urban districts.

Even in other countries, highly collaborative practices in schools are associated with unusually strong student outcomes. The report ‘How the World’s Most Improved School Systems Keep Getting Better’11 analyzed school systems in 20 diverse countries that experienced sustained improvement (Mourshed, Chijioke, & Barber, 2010). One common thread was a strong reliance on teamwork to identify and respond to problems. In the report’s introduction, Michael Fullan explained, “The power of collective capacity is that it enables ordinary people to accomplish extraordinary things—for two reasons. One is that knowledge about effective practice becomes more widely available and accessible on a daily basis. The second reason is more powerful still—working together generates commitment.”(p. 72)

However, just putting people together to work together does not improve student results. People need to collaborate, and collaboration doesn’t happen if people don’t trust each other. Trust is the core of collaboration. Trust needs to be evident in the relationships – how work is done, how words are spoken, and how the results are accounted for. With trust, teams build psychological safety for their members; and, when people feel psychologically safe, they are more willing to stretch themselves to grow and develop, to take risks, to innovate, to challenge the status quo in order to improve, to share knowledge, to communicate openly and expose their vulnerabilities. (Edmondson, 1999) Without trust, which is the foundation of a collaborative team (Lencioni, 2012), people start to spend their time protecting themselves and their interests. They won’t admit weakness or mistake, they don’t offer ideas, and they never critique the status quo. Without trust people don’t ask questions. As a result, collaboration falls apart quickly and, sometimes, irreparably. Trust is based strongly on a belief that we are working and taking shared responsibility for the same goals. (Drucker, 2002) That blame is not positioned on any one person as the team takes responsibility for the results achieved. The findings of research by (Browning, 2013) provide a convincing argument that a lack of trust inhibits transformational change in a school.

Research has clearly shown that schools that operate with high trust significantly outperform those who do not cultivate trust at the core of their culture. Bryk and Schneider (2002) discovered that schools who reported strong positive relational trust levels were three times more likely to be categorised as improving in reading and mathematics than those with weak reports. Schools with strong positive trust reports had a ONE in TWO chance of seeing improvement in academic outcomes. In contrast, the likelihood of schools with weak trust reports to improve was only ONE in SEVEN.

At QELi, trust and collaboration are highlighted and recognised as being critical competencies in leading others toward school improvement. The concepts are woven and embedded within all our career stage pipeline leadership programs; programs which have been highly acclaimed for the positive impact they have had on leading change in schools. QELi also offers a number of bespoke programs based on neuroscience and emotional intelligence that enable participants to dig more deeply into this critical competency so that they are able to lead more effectively.

Bryk, A & Schneider, B (2003) Trust in Schools: A Core Resource for School Reform, Russell Sage Foundation

The Foundation of a PLC by Rebecca DuFour

Dylan Wiliam: Every Teacher Can Improve